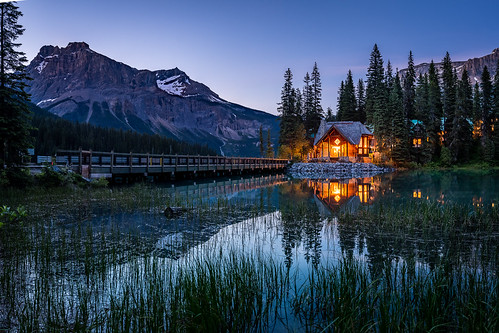 (And not the kind that you receive from a University)

I think that the US should try the Celsius system. This may seem ironic since I recently wrote an article describing my preference for American English spelling. But I think temperature scales and spelling are quite different. Spelling is like an accent. Accents: Fun/quirky/exotic and reflective of heritage, but ultimately not a hindrance in communication. If I spell behavior and you spell behaviour—we would still understand each other perfectly. But if you said it is 250C outside, I (sadly) would still have to rely on Google to determine whether I need a sweater (770F, probably not). But here are a few reasons why I would prefer to use Celsius.

The three most popular temperature scales are Celsius, Fahrenheit, and Kelvin. The last time I used all three was in a General Chemistry course, so I decided to learn a bit about their origins. Fahrenheit was developed by Daniel Gabriel Fahrenheit (1686-1736). Tragically, Fahrenheit’s parents died from ingesting poisonous mushrooms when Daniel was 15 years old. Fahrenheit moved to Dutch Republic and began pursuits in the natural science. His mercury thermometer and Fahrenheit temperature scale soon became widely utilized in Europe. The Celsius scale—a 1000 scale with the freezing and boiling point of water at either end—was developed by Anders Celsius. Celsius, a Swedish astronomer (1701-1744), was also was the first to connect the Earth’s magnetic field with the spectacular aurora borealis. The Kelvin system is mainly used in research. This system was developed by—you guessed it—a man named Lord Kelvin. William Thomas, Baron Kelvin of Largs (1824-1907) lived in Northern Ireland. In 1848 he wrote On an Absolute Thermometric Scale, which outlined the need for a scale that placed which absolute zero** at zero degrees. In Kelvin’s scale, the unit size between Kelvin and Celsius remained the same. During the 1800s, Europeans slowly adopted the Celsius scale. A switch further established when most countries adopted the metric system in the 1970s. So what do you think? Do you use Celsius or Fahrenheit? Should the world stick with one temperature setting? Submit comments below!

**absolute zero-the hypothetical temperature in which there is no molecular movement, i.e. really really cold!

(So can I have Monday off?)

*I hope you had an amazing Labor/Labour Day Weekend. I had a blast at the Vancouver Aquarium. Here’s a blog post I wrote earlier this year after another long weekend. Hope you enjoy!*

During May, I spent most weekends trawling through Craigslist, Amsrental, and Kijiji to search for housing arrangements in Vancouver. I found a lovely suite and e-mailed the owner for more information. The landlord mentioned that showings would be unavailable during the Victoria Day weekend, but invited me to stop by the next weekend. Then, I received a second e-mail asking whether I—a grad student from the US—celebrated Memorial Day and would prefer to visit during a weekday. As I was living in the US, showings were a no-go, but the landlord’s thoughtful response piqued my interest in differences between Canadian and US holidays.

For starters, the US observes 11 federal holidays. Canada: 9-12 holidays*. Interesting…** Obvious dissimilarities include different dates for Independence Day/Canada Day and Thanksgiving. But there is also a financial difference. The US is the only developed country without (legally required) paid holidays. In contrast, European Union countries are required to give workers four weeks of paid holiday, reported USA Today. Hmmpf…Both Canadian and US citizens celebrate a long weekend in May: Memorial Day and Victoria Day weekend, respectively. Memorial Day honors armed forces members who died in service. Memorial Day was first observed in the late 1800s. Originally called Decoration Day, citizens decorated tombstones with flowers to honor fallen Civil War soldiers. Memorial Day became a federal holiday in 1971 during the Nixon Administration. Today, US citizens continue to place flowers and flags around the tombs of fallen heroes. Members of the armed forces are honored in special church services, town parades, and memorials at Arlington Cemetery and Capitol Hill. And like Victoria Day, this weekend also marks the unofficial start of summer. Victoria Day was first celebrated on the 24th of May 1835—the birthday of Queen Victoria. Later the date marked the birthday celebration of all current and future British Monarchs. And, in 1953, the Canadian government declared Monday, May 24 as a federal holiday (if May 24 didn’t fall on Monday, future holidays would take place the Monday preceding the 25th of May). I guess I will find ways to celebrate both holidays next year, even if I can’t take both Mondays off!

PS: yes, I did find housing!

*Apparently, there are 5 statutory Canadian holidays with additional paid holidays celebrated nationwide (or in the majority of the provinces). Canadians—help me out!

**If you’re curious, Argentina is the country with the most holidays: 19! In addition, there are many state holidays, as well. I spent six months studying in Entre Rios, Argentina and I really enjoyed experiencing the holiday-heavy culture.

My undergraduate Microbiology professor recently sent me a Science article entitled “A grad school survival guide.” The author, University of Colorado post-doc Andrew Gaudet, created a practical tutorial to help students navigate through the wonderful, hectic, challenging, and even tedious world of the graduate school. My favorite tip: “Start with the task you are least excited about, and do it right away.”

I don’t like to think of myself as a procrastinator; I make lists of things that need to get done; I set (mostly!) reasonable deadlines; I even keep a detailed calendar. But I struggle with starting the tasks. If I need to write a report, I first check my e-mail accounts, Facebook, weather station, and read a NY Times article (I need to stay up-to-date with my world, right?!). And before stopping by the lab, I obviously need to make a sandwich and check my laptop (see above). Now preparation is essential, but when preparation becomes procrastination any momentum grinds to a halt. Gaudet suggests tackling short-term tasks early in the morning, before checking e-mail or any procrastination-enforcing habit. Although I still check my e-mail fairly early, I’ve limited web-surfing until I’ve accomplished some of my daily tasks. And this new approach works for me! As Gaudet concludes, “Along the route to a Ph.D., rough seas can be navigated or avoided entirely. It takes many small successes, achieved day by day, to reach your long-term goals. So stay focused.”

Thanks for the good advice Andrew! And best luck in your research at UC!

(Thanks for sharing RZ!)

(Or how an alien benefits from Microsoft Word)

My first inclination that pursuing doctoral studies would be an alien experience came from an e-mail that thanked me for applying to the University of British Columbia’s Microbiology and Immunology Doctoral Programme. ProgramME? Now I’ve traveled (oops travelled) to Canada, England, and Scotland on educational tours. My family drove to Quebec City and vacationed on Prince Edward Island. Many of our books (hello Cuthberts, Pip, and Bennets!) were printed in the UK, so I am familiar with the British system of spelling. Still, the extra “me” reminded me that I had excitedly accepted an international graduate program. And for someone who can’t remember whether canceled has one or two Ls (L in the American system and LL in the British system), the thought of remembering alternative spelling (or is it speling…haha, jk!) was enough to produce a twinge of anxiety. Of course, there are handy rules in place. Nearly every word ending (and pronounced!) ER is spelled RE by Canadians. The British system favors (or favours?) LL, while the American system uses L. The British system utilizes stately Ss, whereas Americans usually prefer the more eccentric Zs. But, as everyone knows, the English language treats rules more like working hypotheses rather than scientific laws. For example, we write counseLLor (B) versus counseLor (A) but look at fulfiL (B) versus fulfiLL (A). And why write glamOUR (BB) to describe a glamOrous (BB) dress? Strange…

Nevertheless, Microsoft Word provides spelling salvation in the form of international spell check. For those who are curious click Systems Preferences>Spelling>British system. I suppose that when I submit my thesis or write my first assignment or article I will change language preferences. But for now, I think, I will stick with my homeland spelling just for a while longer.

2 replies on “An American (US!) in Vancouver”

Fantastic location! Glad we could spend a few days exploring this beautiful city with you!